On 2 June 2021, the European Commission presented its new Schengen Strategy, which was accompanied by a proposal to revise the Schengen evaluation and monitoring mechanism. 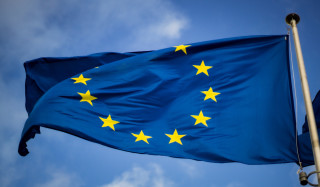 The Strategy was accompanied by a proposal to revise the Schengen evaluation and monitoring mechanism, which aims at maintaining a high level of mutual trust among participating Member States and thereby contributing to a well-functioning Schengen area by guaranteeing that Member States apply Schengen rules effectively.

The new Strategy envisages several 'soft' and 'hard' law instruments in the future and explicitly calls on the Member States to adopt the EU Pact on Migration and Asylum. Additionally, it gives an update on the existing information systems and calls for deeper cooperation. In that regard, it envisages the adoption of the 'EU Police Cooperation Code', which should allow for better cooperation between the different national Policing authorities. The European Commission further underlined - amongst others - that a revision of the Schengen Border Code will be presented later this year and called on a further focus on 'preparedness' and 'resilience' in the management of borders.

Photo by Christian Lue on Unsplash