As from today, potential victims of trafficking are issued an annex 15 valid for 45 days during the reflection period, following modification of article 61/2 §2 of the Immigration Act. 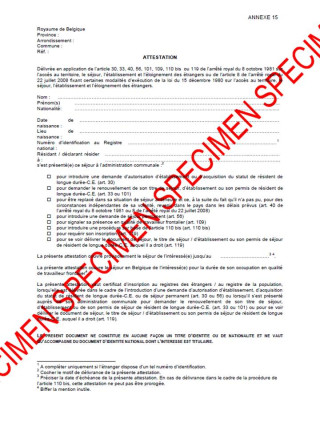 Based on the Law from 30 March 2017 modifying article 61/2 of the Immigration Act aimed at replacing the order to leave the territory by a temporary residence document in the context of trafficking in human being and following the Royal Decree from 30 March 2017 modifying article 110bis and replacing the annex 15 from the Royal Decree of 8 October 1981, potential victims of trafficking are issued an annex 15 valid for 45 days in order to recover, escape from supposed traffickers and decide on whether to cooperate with the competent Belgian authorities.

This modification allows Belgian authorities to satisfy the recommendation made by the GRETA as well as the commitment made in the national action plan against trafficking in human beings.