The European Commission is today recommending that Austria, Germany, Denmark, Sweden and Norway phase out the temporary controls currently in place at some of their internal Schengen borders over the next six months. 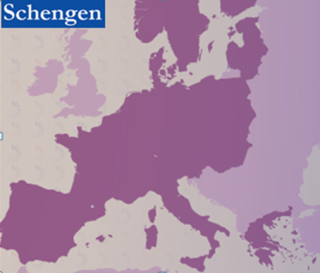 Whilst the overall situation continues to stabilise, there are still a significant number of irregular migrants and asylum seekers in Greece. That is why, as a precautionary measure and whilst alternatives are put in place, the Commission is recommending that the Council prolong controls for the last time, meaning they will have to be lifted in six months' time. During this time, as in the previous periods, controls should only be carried out in a targeted and limited manner and only as a means of last resort. At the same time, the Commission is calling on Member States to increasingly make use of alternative measures that can provide the same level of security, such as proportionate police checks in border areas and along main transport routes. To that effect, the Commission has today also presented a Recommendation on proportionate police checks and police cooperation in the Schengen area.

The Council now needs to take a decision on prolonging controls, based on the Commission's recommendation. This is the last time a prolongation of these controls is legally possible under EU rules.

Looking to the future, the Commission is committed to ensuring that the tools already in place are fully used and that the situation is further stabilised.

The combination of serious deficiencies in the management of the external border by Greece at that time and the significant number of unregistered migrants and asylum seekers present in Greece who may have sought to move irregularly to other Member States, created exceptional circumstances constituting a serious threat to public policy and internal security and endangering the overall functioning of the Schengen area. These exceptional circumstances led to the triggering of the safeguard procedure of Article 29 of the Schengen Borders Code and the adoption of the Council Recommendation on 12 May 2016 to maintain temporary proportionate controls at certain internal Schengen borders in Germany, Austria, Sweden, Denmark and Norway for a period of six months.

More information: the full press release of the European Commission, and the related documents.