Bulgaria takes over the Presidency of the Council of the EU

Bulgaria has released its programme and priorities for its six-month Presidency of the Council of the EU.  Both IOM and UNHCR have published recommendations to the Bulgarian Presidency. 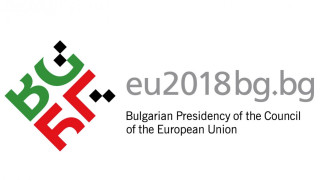 Bulgaria has taken over the presidency of the European Council. Its priorities with regards to migration are security, strengthening border controls, exchanging information between relevant bodies and “a more effective management of migration processes”. While aiming to achieve progress on the reform of the CEAS, the presidency adopted “increasing the effectiveness of the return policy” as a key priority, including by working more closely with third countries.

For more information on the Bulgarian Presidency Programme, please read the programme attached.

Civil society organisations criticised the Bulgarian position for its “over-reliance on the idea of externalising asylum responsibilities”. Both IOM and UNHCR have published recommendations to the Bulgarian presidency. IOM proposed, amongst other things, the creation of an EU visa for vulnerable migrants. It also underlined the
importance of a “rights-based, non-discriminatory and comprehensive approach to return and reintegration policies” thereby responding to the presidency’s emphasis on return policies. UNHCR similarly presented a set of recommendations , which included focusing on swift and efficient asylum procedures as well as the introduction of an intra-EU solidarity mechanism for the reformed Dublin system.