The EASO Annual Report on the Situation of Asylum in the European Union 2017 provides a comprehensive overview of developments at European level and at the level of national asylum systems. Based on a wide range of sources, the Report looks into main statistical trends and analyses changes in EU+ countries as regards their legislation, policies, practices, as well as national case law. 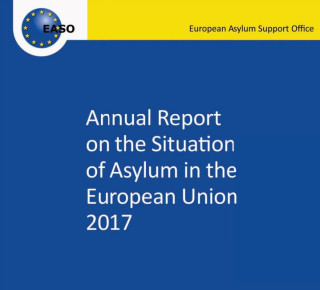 While the transposition of the Recast Asylum Acquis Package has been practically finalised, the new package to reform the Common European Asylum System remained under negotiations. The package was composed of proposals for strengthening the mandate of EASO by transforming it into the European Union Agency on Asylum (EUAA); reform of the Dublin system; amendments to the Eurodac system; proposals for the new Asylum Procedures Regulation and Qualification Regulation; and revision of the Reception Conditions Directive.

According to the main findings and figures:

You can consult the full report by clicking on this link.