New law on the fight against false declarations of parenthood

Today a new law was published on the fight against false declarations of parenthood. The Law of 19 September 2017 modifies the Civil Code, the Immigration Law, the Judicial Code and the Consular Code, and it includes preventive and repressive measures. 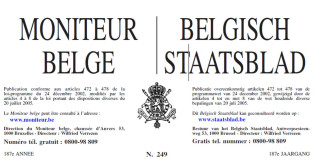 Over the years, a number of measures were taken to fight misuse of family reunification through marriage of convenience and ‘legal cohabitation’ of convenience. However, more recently, registrars are being confronted with foreigners who aim to recognize a child with the aim of obtaining an advantage in terms of residence.

The Law of 19 September 2017 includes preventive and repressive measures to fight against false declarations of parenthood. Among others, registrars will - after the Law enters into force - be able to postpone or refuse a declaration of parenthood, and it limits the territorial competence of registrars. Also, it introduces - as for marriages and partnerships of convenience - penalties for falsely declaring parenthood and it foresees the possibility to annul a declaration on parenthood. As a consequence, persons who are found guilty of falsely declaring their parenthood will not receive a residence permit or can lose it if the parentage tie is annulled later on.

The Law of 19 September 2017 modifies the Civil Code, the Immigration Law, the Judicial Code and is available in Dutch and French. It will enter into force at a date to be determined by a Royal Decree ( no later than April 2018).