Border closures and quarantine rules to prevent the spreading of Covid-19 risk having a negative impact on seasonal work. To address labour shortages in the agricultural and horticultural sectors, the federal and regional governments decided to adopt a series of measures in the spring of 2020. 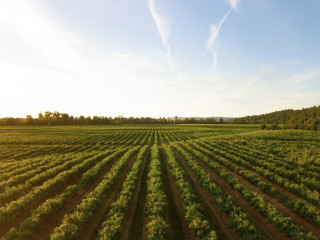 As a rule, asylum-seekers are only allowed to work from 4 months after the introduction of their application for international protection, provided they possess a certificate of registration and have not yet received a decision at first instance by the Office of the Commissioner General for Refugees and Stateless Persons (CGRS).

On 11 April 2020, however, the government decided that asylum-seekers would be allowed to work from the moment their file has been transferred from the Immigration Office to the CGRS until the moment they receive a decision at second instance (i.e., even during the first 4 months of their procedure and/or at the appeal stage), on condition that they had filed their application for international protection by 18 March 2020 and that their employer provided them with a place to stay. The rule entered into force on 1 April 2020 and lasts until 30 June 2020 (Special powers decree n° 14 of 27 April 2020).

At the same time, students were able to engage in seasonal or other remunerated activities for a longer period of time, as their working hours between April and June 2020 would not be taken into account for the calculation of the yearly maximum of 475 working hours.

Furthermore, temporarily unemployed persons (both Belgian citizens and foreign nationals) were allowed to work in the agricultural and horticultural sectors in a more flexible way, receiving a salary for their work while maintaining 75% of their unemployment benefits. The rule entered into force on 1 April 2020 and lasts until 31 May 2020 (Royal Decree of 23 April 2020).

Standard measures for seasonal work were also relaxed so that seasonal workers were allowed to work for longer periods of time: most importantly, the maximum number of working days in the agricultural sector and horticultural sector was doubled, while in fruticulture enterprises were allowed to double the working days of a third of the seasonal workers employed. These rules entered into force on 1 April 2020 and last until 31 December 2020 (Royal Decree n° 5 of 9 April 2020).

Though foreign seasonal workers have been allowed to enter the territory since the outbreak of Covid-19, they often faced problems in practice when trying to reach Belgium. To solve these practical issues, a government instruction was sent to the border police to remind that seasonal workers can still enter the territory if they produce a certificate by their employer.

In Wallonia, representative organisations in the agricultural and horticultural sectors launched the official website Jobs Easy-Agri with the support of the regional government to tackle the labour shortages resulting from the Covid-19 measures. The website intends to connect candidate seasonal workers, including students, to regional employers.

Photo by Dan Meyers on Unsplash.