In his State of the Union, President Jean-Claude Juncker presented proposals to ensure full EU solidarity on migration and better protection of Europe's external borders. The Commission is proposing to reinforce the European Border and Coast Guard and the EU's Agency for Asylum and is proposing a targeted review of the Return Directive. 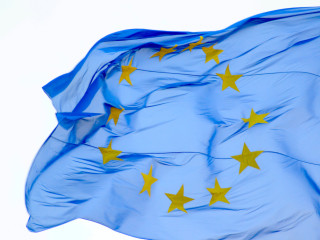 Despite increased efforts by Member States and at the EU level to implement existing policy on returns, including the 2015 and the 2017 Action Plans and a Recommendation from March 2017 presented by the Commission, progress in improving the effectiveness of returns has remained unsatisfactory. Therefore the Commission has decided to propose legislative changes in order to clarify and further harmonise the existing rules on return to maximise their effectiveness and ensure more consistent application across Member States, whilst safeguarding fundamental rights and the principle of non-refoulement. The proposed changes to the EU Return Directive include accelerated border procedures, clearer and faster procedures for issuing return decisions, streamlined appeal procedures, an obligation to cooperate for persons subject to a return procedure, dedicated programmes to assist persons to return voluntary, clear rules on detention and provisions to impose an entry ban for non-EU nationals apprehended in irregular stay. More information can be found here on the website of the European Commission.

At the June 2018 European Council meeting, EU leaders confirmed the need for a more effective control of the EU's external borders and agreed that the role of the European Border and Coast Guard "should be further strengthened through increased resources and an enhanced mandate". A new standing corps of 10,000 operational EU staff with executive powers and their own equipment will ensure that the EU has the necessary capabilities in place to intervene wherever and whenever needed – along the EU's external borders as well as in non-EU countries. The proposals from the Commission include: a reliable intervention force with 10,000 operating staff by 2020, expanded tasks and powers, own equipment for the EBCG agency, more support on return procedures in Member States, stronger cooperation with non-EU countries, fully trained staff with high professional standards, antenna offices in Member States and increased financial means. More information on this proposal can be found here.

The original proposal from May 2016 will transform the existing European Asylum Support Office into a fully-fledged European Union Agency for Asylum with an enhanced mandate and considerably expanded tasks. Under the new proposal, the Agency's new tasks will include greater technical and operational assistance, administrive support in carrying out the entire administrative procedure for international protection including during the appeal stage and the deployment of Migration Management Support Teams in hotspots and controlled centers. More background information can be found here.

Developing orderly legal pathways for persons in need of protection as well as creating attractive channels for needs-based labour migration is an indispensable element for a balanced and comprehensive migration policy. The Commission has already put forward a number of initiatives and proposals to strengthen safe and legal migration which should now be swiftly implemented by Member States. It concerns the new EU Blue Card, a call to step up delivery of the commitment of Member States to resettle 50,000 persons by October 2019 and projects to strengthen cooperation with non-EU countries.

The speech of President Juncker can be watched on the Webpage on the State of the Union 2018.

Photo by Lukas on Unsplash.